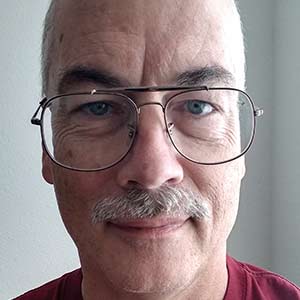 Open Sources 2.0” released 2005, five years after the original “Open Sources”. In 2000, the open source revolution faced an uncertain outcome. By 2005, open source triumphed; the question was not if major technology companies should use open source, but rather how. At the same time, open source entered discussions about more than just copyright and source code. 15 years later, progress has been slow in these new areas, yet the urgency is greater than ever. We must take the innovation dynamics of open source beyond software.

Look at four areas in need of intellectual property innovation: open content, open data, open APIs, and open patents. In each, proprietary lock-in and regulatory capture hold back innovation that would benefit all commercial endeavors, including those of the current proprietary winners.

Major open content projects, like Wikipedia, have emerged in the last 15 years. Yet the media business has become ever more locked down. Works from 1924 on will not begin to enter public domain until 2024, assuming copyright term is not extended yet again. Unencrypted formats like MP3 are harder to find; open source formats like FLAC and Ogg Vorbis are largely unsupported commercially. Streaming companies mediate content distribution in a way that makes consumer ownership of content ever more difficult.

Ironically the power of open content to drive innovation is prominent in the history of the media business. For decades after bluesman Robert Johnson’s death, his works were believed to be in the public domain. While Johnson was a rare talent, the perception that his works were freely available made it easy for everyone from Eric Clapton to the Rolling Stones to cover, modify, and extend his music. The result is an entire genre of blues rock that might not otherwise exist.

In the last 15 years the cost of compute has dropped dramatically. Consequently big data, AI, and machine learning have thrived, and the business value of data has grown. Data unlocks innovation potential in fundamentally new ways, from autonomous vehicles to voice recognition. While privacy is a vital consideration, procedures for anonymizing subjects in experimentation have been part of science since before computers. The problem isn’t sharing too much; it’s not sharing enough.

Our abundance of data has pushed tech in the direction of more proprietary data. Selling data sets is now big business. Yet putting a price on data adds a cost to innovation, thus slowing the pace of innovation. Better data governance around appropriate open data would help.

Since 2005 we’ve shifted away from “shrink-wrapped” software to software as a service. This, in turn, has ushered in a new era of proprietary lock-in. Since the open source software that drives so many service platforms is never technically distributed, modifications to that software avoid any distribution requirements of open source licensing. The larger problem is the move away from open standards and interoperability, as pioneered by the IETF, that enabled the Internet and Web in the first place.

A reversal of the Google vs. Oracle decision, and a re-commitment to open standards and open APIs would go a long way towards fixing this. Merits of the question aside, consider the impossibility of breaking up a big tech company like Facebook. The common suggestion is to split apart SnapChat, Instagram, and Facebook. Yet these platforms are better together under one company because interoperability is assured. A better approach would assure interoperability through open APIs, not joint ownership.

Early open source licenses emphasized copyright rather than patents, to the detriment of open source. Patent law, particularly in the arena of software development, has not served the law’s original intent -- to encourage innovation. The two years Google and Oracle spent litigating patents around Java and Android show that time and money across the industry that could be better spent.

The situation is bio-tech is worse. Monsanto has successfully lobbied all the way to the Supreme Court so that it can both patent seeds, and use those patents to govern distribution of seeds. The result is effectively a subscription model -- farmers cannot replant seed from crops from one year to the next, but must repurchase seeds from Monsanto every year.

How urgent are these challenges? Consider them through the lens of COVID-19.

● While freely shared content is the norm in academia, not so in industry. Much of basic research has moved from academia to industry. Siloed research efforts between competitors limit our chances of finding treatments and vaccines.

● In the U.S., a centralized effort at sharing data on infection hot spots and contact transmission would greatly aid the fight. Unfortunately we have yet to reach this “Government as a Platform” paradigm that Tim O’Reilly has championed.

● COVID-19 testing on a mass scale will require integration between medtech and mobile tech. No single device maker can provide an end to end solution, so open APIs will be our fastest path to success.

The last 25 years in software have seen remarkable innovation driven by open source. Beyond software, issues around openness remain stagnant. Open source business models are grounded in the belief that growing market size is more important than growing market share, and that it is better to lead an open standard than own a closed standard. Beyond software, where is this leadership now?

Unlocking the Value of Connected Cars

Comprehensible Distribution of Training and Information...

The Current Focus is On Comprehensive Solutions

Big Data Analytics and Its Impact on the Supply Chain

Carmax, the Automobile Business with IT at the Core

The CIO's role in rethinking the scope of EPM for...

Transformative Impact On The IT Landscape

Get Ready for an IT Renaissance: Brought to You by Big...

Technology to Leverage and Enable

Speed is the Name of the Game

What It Truly Means For IT Security To Bea Business Enabler

Policy is a Key Solution to Stopping Packaging Waste

Congestion-Driven Basis Risk, A Challenge for the Development of...

However, if you would like to share the information in this article, you may use the link below: